Sisig is a Kapampangan term which means "to snack on something sour". It usually refers to fruits, often unripe or half-ripe, sometimes dipped in salt and vinegar. It also refers to a method of preparing fish and meat, especially pork, which is marinated in a sour liquid such as lemon juice or vinegar, then seasoned with salt, pepper and other spices.[2] Sisig also refers to Sizzling sisig, a Filipino dish made from parts of pig’s head and liver, usually seasoned with calamansi and chili peppers. source: wikipedia 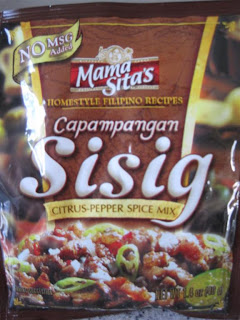 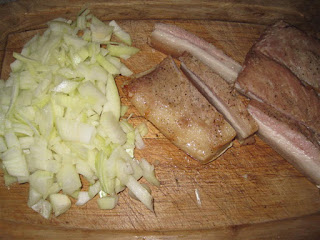 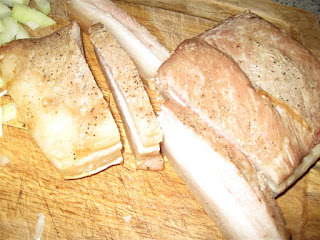 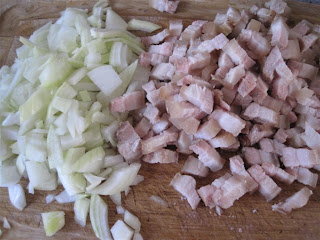 On my pyrex pot I mixed the onions, chopped meat then the water with the sisig mix
In the pack it says 1/4 of water but I have more meat so I make it 3/4 a cup of water and it was just right. 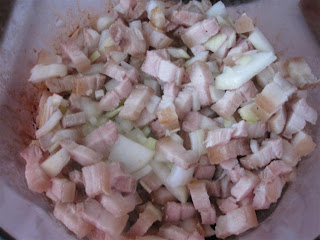 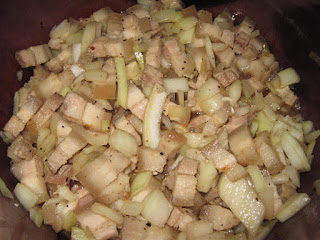 Ready to eat now! And with rice, yummy!! 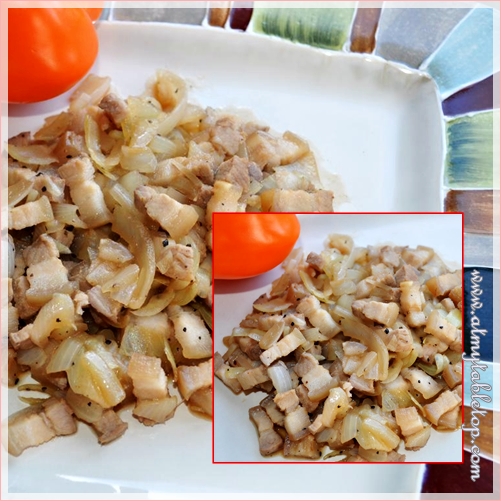 add some mayo next time just before serving it. the original sisig has pig's brains for consistency and flavor--use mayo instead.:p

thanks so much for sharing this Filipino dish over at Food Friday, Manang Kim
have a fun and safe weekend!

I'm confused. I though sisig is only made of pork belly, liver, onions and chilis. Some add mayo, some don't. What's the purpose of the Sisig Mix?